An artwork generated with Midjourney wins an art contest. Some artists vent their anger on Twitter.


An AI-generated image has won first place for digital art in an art contest held at the Colorado State Fair. The human (author, artist – you name it) behind the image, Jason Allen, used the image AI Midjourney. He generated many motifs, then upscaled his three favorite ones using the upscaling AI Gigapixel, and finally, put them on canvases.

Hundreds of prompts until the award-winning image

Allen, head of a board game company, describes a weeks-long creative process that led him to the winning “Théâtre D’opéra Spatial” motif: He generated hundreds of images and refined his prompts over weeks. Allen plans to release his “special prompt” at a later date, he writes in the Midjourney Discord.

According to him, Allen wanted to make a statement about the acceptance of AI art by intentionally using a Midjourney image in an art contest. He submitted the image under his name with the addition “via Midjourney” – but without explaining what exactly Midjourney is.

“Is it common for artists to explain their process just for the sake of clarification?” says Allen, explaining his approach. Allen also used about ten percent Photoshop in the process. “Are they judging the art or the method by which it was created?” Allen asks.

Allen told the organizer that the image was created with a computer – so his motifs ended up in the “Digital Art” category. However, the addition of “via Midjourney” was not curated by the organizers.

Allen says on Discord that he should have asked for an update. “Judging already was final when I got to see the gallery, but the judges had access to all the paperwork and were aware of my submission statements.”

Following criticism of the use of an AI-generated image in a newsletter from The Atlantic, Allen’s action is again causing controversy in editorial and social media over whether AI art counts as art and may be preferred to human craftsmanship.

On Twitter, artists and designers are complaining and fearing for the meaning of their profession or vocation. Thousands respond to these posts and often share and support them. Criticism prevails, with AI creation repeatedly referred to as “cheating,” apparently assuming that artistic activity must be accompanied by some form of craftsmanship. 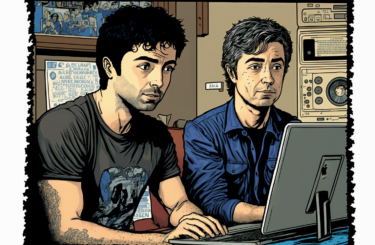 TL;DR – Someone entered an art competition with an AI-generated piece and won the first prize.

Allen said he suggested the organizers introduce a category for AI art, which they are now apparently considering. “So perhaps we will see that come to fruition in the future,” Allen writes.