Together with Boston Dynamics, Hyundai wants to establish robots as an interface between the metaverse and reality. The Chinese tech company calls this “metamobility.”

Specifically, Hyundai sees two application scenarios: Robots can be physical proxies for Metaverse users. Or they can provide data from reality that forms the basis for a virtual Metaverse experience.

“The idea behind metamobility is that space, time and distance become irrelevant. By connecting robots to the metaverse, we will be able to move freely between the real world and virtual reality,” says Hyundai Motor Group President Chang Song. “The metaverse goes one step further, with robots becoming an extension of our own physical senses, allowing us to reshape and enrich our daily lives with metamobility.”

Robots as data providers for the metaverse

As an example scenario, Hyundai is showing a spot robot from Boston Dynamics that uses its integrated sensors to collect 3D data on the surface of Mars and hand it over for an immersive, virtual Mars excursion.

Robots as autonomous data collection machines for mixed reality: the idea is not new, and autonomous cars could also make a contribution. Ex-Daimler CEO Dieter Zetsche described a vision back in 2017 in which cameras and sensors in autonomous cars help produce a 3D map of the world.

Hyundai is also selling Spot as a data collection machine, talking in this context about “industrial sensing” for building digital twins.

Hyundai’s second vision of metamobility sounds a bit more like science fiction: robots will act as physical proxies in reality, controlled remotely via the Metaverse. “This will allow users to experience the real world through VR,” Hyundai writes.

As an example, Hyundai cites a robot in one’s home that can be accessed as a digital twin in the Metaverse. Through a VR system, one could log into the robot and then provide food and love to pets, for example. Hyundai is bringing together new mobility concepts like these under the motto “Expanding Human Reach”. 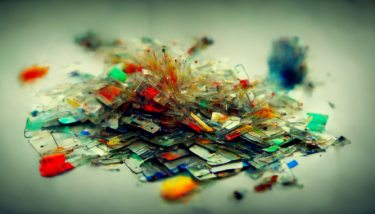 The idea of robot avatars is also not new and existed even before the Metaverse hype: former VR enthusiast Philip Rosedale, co-inventor of Second Life, predicted a few years ago a digital-real ecosystem in which people go about their work via VR telepresence in robot shells.

He said that would dissolve location-based constraints – such as distance from the workplace – as well as physical ones. “The robot could be much stronger physically, or very tall, very short, or whatever the job requires,” Rosedale wrote in 2017. Boston Dynamics founder Marc Raibert also described this VR-powered robotics telepresence vision at CES 2022.

On the road to Spot Light

During CES, Raibert also shared more about potential plans for commercial robots. Currently, Boston Dynamics is focused purely on manufacturing and selling industrial robots, although its Spot dog robot is apparently being sold to companies quite freely, which could have curious consequences.

It doesn’t look like Boston Dynamics’ industrial focus will change anytime soon. “We would all love to have a consumer robot, something like Spot or Spot Lite, that is low cost. But getting there is not easy,” Raibert says.

However, developments in smartphones have greatly reduced the cost of parts, such as cameras and processors, that could be used in future robots, Raibert says. He, therefore, assumes that everyday robots will exist one day, but does not give a time frame.

Initially, Raibert thinks care robots are likely, where costs would play a smaller role. He gives a time frame here, at least implicitly: “I don’t want my children to have to dress me in the morning. I want a robot to do that,” says the 72-year-old Raibert.

Boston Dynamics gained experience in developing commercial robots with Sony: according to Raibert, the two companies worked together for several years on the robotic dog AIBO, which was first launched in 1999 at a cost of several thousand dollars. Numerous versions followed, and the latest AIBO was unveiled in 2017. According to Raibert, Sony and Boston Dynamics developed more capable models, but they were not publicly demonstrated.

Matthias Bastian
Online journalist Matthias is the co-founder and publisher of THE DECODER. He believes that artificial intelligence will fundamentally change the relationship between humans and computers.
Profile
E-Mail Website
Share
AI and society