In the midst of the hype surrounding OpenAI’s DALL-E 2, a developer has trained his own system that is named like the great role model – but has almost nothing in common with it. Now DALL-E Mini has to change its name.

Strange and crazy pictures have been circulating on social media for weeks. They show babies with guns, Donald Trump in Mario Kart or aliens in court. The Twitter account “Weird Dall-E” collects these pictures and at the same time numerous followers: since February 2022, it already has more than one million. AI creativity obviously has appeal.

DALL-E Mini is not from OpenAI

What gets lost in social media and in many media reports is that DALL-E Mini was not developed by OpenAI.

The system was trained by Boris Dayma, a Houston-based AI consultant. It has little more in common with the original DALL-E than the idea: it uses its own open-source architecture and, in part, different, fewer training images (about 30 million). Dayma build the first version in the summer of 2021 during a hackathon hosted by machine learning platform Hugging Face and Google.

The system generates quite suitable motifs for text input, but the visual quality is much worse than in DALL-E. The motifs are very blurry and have a dream-like appearance; usually, it looks more like a nightmare. It’s enough for social media fun, but Dayma’s system is no serious competitor to DALL-E 2 or artists.

Craiyon, as the system is now called, also does not use security policies like those explored by OpenAI. Accordingly, the system generates explicit images with celebrities or children on them and reproduces stereotypes.

“Because the model was trained on unfiltered data from the Internet, it may generate images that contain harmful stereotypes. The extent and nature of the biases of the DALL·E mini model have yet to be fully documented,” the website states.

However, these shortcomings do not hinder the success of Dayma’s system: According to the platform Hugging Face, the model generates up to 50,000 images per day. This shows how great the interest in such systems is. OpenAI also saw record registrations for DALL-E 2.

OpenAI has asked Dayma (much too late) to change the name of the system. DALL-E Mini is now called Craiyon and is accessible via a newly launched website. Dayma plans to continue training the AI and monetize the site with advertising and premium offers. The images are freely available for private use, for commercial use the developer should be contacted. 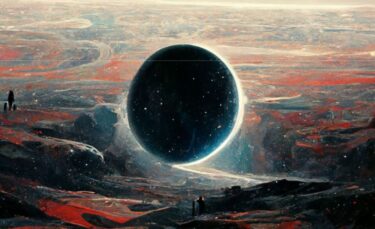 It remains to be seen whether Dayma can continue to be successful with his free, unrestricted approach when more powerful systems like DALL-E 2 or alternatives like Midjourney become freely available. The developer assumes that there will be even more imitators with increasingly high-quality systems up to photorealism.

“You know, it’s coming,” Dayma says to WIRED. “But I hope DALL-E Mini brings awareness to people that when they see an image they should know that it isn’t necessarily true.”