A look back at the computer future: Meta continues to push VR gaming forward, but it will be a while before the big names arrive. For Deepmind, AI’s hunger for data is not yet satisfied.

Since Facebook’s acquisition of Oculus in 2014, there has been this theory that VR and AR will find their way into the mainstream through gaming. So far, this hasn’t been proven true, but Meta continues to invest in VR games, possibly lacking alternative usage scenarios – that could change with Cambria.

At the Quest Gaming Showcase, Meta showed off many new games for the Quest headset, which will be released in the coming months. At the start of the show, somewhat unusually, Meta used a text board to manage the expectations of gamers: Many great VR games were still in the works and didn’t make it into the show.

“If you don’t see any game you’re looking forward to, sit tight!” Will do, Meta!

? of the week: AI’s hunger for data is unquenched according to Deepmind

Are giant AI language models like GPT-3 or PaLM under-trained? Deepmind shows that we could expect further leaps in performance if even more data is used for AI training.

>> Deepmind: Artificial intelligence is far from being fed up

Ultrasonic haptics for the mouth could create a real VR kissing sensation and many other feelings on lips, teeth and tongue. The system can be integrated directly into the VR headset. 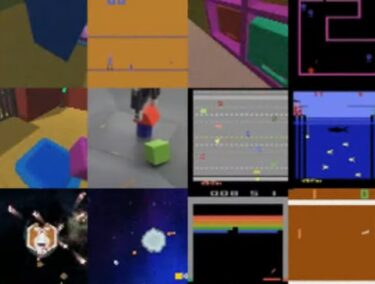 Matthias Bastian
Online journalist Matthias is the co-founder and publisher of THE DECODER. He believes that artificial intelligence will fundamentally change the relationship between humans and computers.
Profile
E-Mail
Share
Artificial Intelligence