Weekly Recap: Meta vs. FTC and a surprising comeback

A look back at the computer future: The FTC puts pressure on Meta and Apple doesn’t get its act together.

Mark Zuckerberg has bought his avatar a pair of NFT seven-mile boots and is now fleeing into the Metaverse at ludicrous speed. He has reasons for his speed, such as his company’s tarnished social media image, a possible breakup of his most valuable platforms, and Apple tightening its advertising thumbscrews.

It’s all moving a little too fast for the FTC. The U.S. antitrust agency is now fighting Meta on two fronts – on past and future events: it is launching Meta’s fate negotiations on Instagram and WhatsApp. At the same time, the FTC is entering talks with VR studios and blocking the acquisition of the fitness VR app Supernatural. So the past won’t repeat itself?

The comeback of the week: Metaverse – There was something, wasn’t there?

A few weeks ago, Second Life founder Philip Rosedale swore off the Metaverse. Now he is surprisingly back at his old place of action. Can Rosedale fulfill his dream in the third attempt and compete with Meta?

>> Second Life: Off to the Metaverse – Founder wants to try again

A little sci-fi to finish

The company Inwith plans to get medical clearance for a tech contact lens this year and launch an initial version. 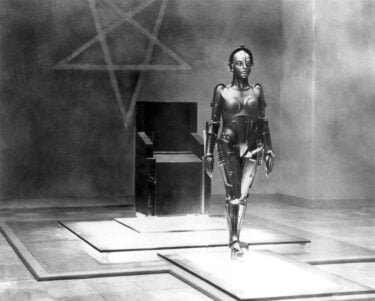 Weekly Recap: Meta vs. FTC and a surprising comeback