More users confirm the rollout of ChatGPT-Pro for $42 per month. Compared to the standard version, the Pro version generates texts much faster. The following video shows ChatGPT Pro in action.

Here's how ChatGPT Pro works! A lot of users were asking me for proof, so I decided to make a video. pic.twitter.com/QYNn3pRnxI

Twitter user Harish Garg states that he was offered a ChatGPT Pro plan for US$42 per month in his ChatGPT interface. The option had been removed again.

However, Garg’s details cannot be verified from the screenshots published, and even if the plan was displayed to him as stated, the price could be a placeholder.

OpenAI is considering monetizing ChatGPT and wants to help better identify AI texts in the future.

Interested parties can put themselves on a waiting list here. In doing so, OpenAI also asks for opinions on possible prices and asks for high and low prices per month at which a purchase can be considered. 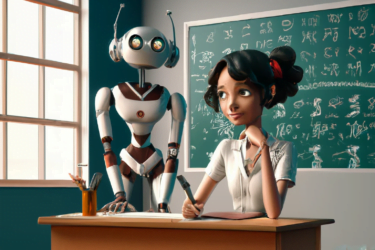 There doesn’t seem to be a concrete plan for monetization yet. According to an OpenAI employee at Discord, OpenAI’s goal is to keep ChatGPT running and improving. “Monetization is one way we’re considering to ensure its long-term viability.” OpenAI is looking for interviewees to provide feedback on initial ideas in 15-minute rounds.

OpenAI is reportedly in negotiations with Microsoft for a new investment. The company is expected to contribute another ten billion dollars, raising OpenAI’s valuation to $29 billion.

Detection tool for ChatGPT texts is in development

In addition, OpenAI confirmed to Techcrunch that it is working on “mitigations” to recognize text generated with ChatGPT. Earlier, an OpenAI researcher talked about a watermarking system for OpenAI AI texts. A related research paper is expected to be published in the upcoming months.

The education system in particular takes a critical view of AI texts that are indistinguishable from human texts. In parts, this homework automation undermines existing learning principles.

If AI text could be reliably recognized, this point of criticism would no longer apply – at least in the context of OpenAI products (see below). ChatGPT is a “research preview” to learn from real-world use, says an OpenAI spokesperson.

“We’ve always called for transparency around the use of AI-generated text. Our policies require that users be upfront with their audience when using our API and creative tools. . . We look forward to working with educators on useful solutions, and other ways to help teachers and students benefit from AI.”

Whether a recognition tool developed by OpenAI will solve the problems of educational systems with AI texts remains to be seen. A parallel to developments in image AI systems such as the open-source Stable Diffusion shows that ChatGPT might just be the beginning. Similar systems to ChatGPT from other providers – or even open source – may be in the making.

AI text recognition could only remove any doubt about the authenticity of texts if it were standardized for all generators. First approaches for AI text recognition tools already exist, such as GPTZero or Crossplag, but there is no data on their reliability yet. In addition, a few changes to the generating text system or special prompt methods could circumvent these recognition tools.

A constant race between generating and identifying instances seems more likely. So, in any case, the education system would be well advised to prepare for a future with AI texts.

The ICML, a leading machine learning conference, recently banned scientific papers that use AI-generated texts, while acknowledging that there is no way to reliably identify them on a large scale. The ban will initially last until 2023, but AI-generated writing aids will continue to be allowed.

Microsoft Teams gets an AI upgrade with OpenAI’s GPT 3.5

OpenAI rolls out ChatGPT Plus for $20 a month