Google founders Larry Page and Sergey Brin are said to be advising Google on its response to ChatGPT. Google is reportedly planning a major AI offensive for 2023 with many new products, including chatbot search.

According to the New York Times, Page and Brin attended several meetings with Google management in December 2022 to discuss Google’s artificial intelligence product strategy, which is said to include a chatbot search and 20 new AI products for 2023. Among other things, the two Google founders are said to have pitched ideas for integrating more chatbot functions into the Google search engine.

Page and Brin retired from Google’s day-to-day operations in 2019, after working mainly in an advisory capacity in recent years. The visit now reportedly came at the invitation of current Google CEO Sundar Pichai, after Google had previously declared a “Code Red” – a warning that there is a fundamental threat to its own business model – according to the New York Times.

Page and Brin’s visit is said to have been triggered by the surprising and overwhelming success of ChatGPT. Since ChatGPT can give more or less correct answers to questions, the AI model could become at least partly an alternative to Google Search – even if many questions are still unanswered.

Google is likely to find it an additional threat that big-tech rival Microsoft is investing massively in OpenAI. The two companies are competing in cloud computing, a lucrative growth market that is currently driven primarily by price. Exclusive AI functions could bring a clear competitive advantage here.

According to the New York Times, Google plans to introduce 20 new AI products this year, as well as a version of its search engine with chatbot functions. The newspaper cites slides it has seen on the subject and two anonymous sources familiar with the project.

Product reveals are reportedly planned for Google’s own I/O conference in May. One product is said to be the “Image Generation Studio” for AI image generation and processing.

Googles generative model Imagen is better than DALL-E 2 and was unveiled last year. The model is currently beta-testing in the U.S. With Re-Imagen, Google also has an efficient method for customizing image models.

According to the New York Times, other new products include

What would Mona Lisa look like with a body? DALL-E 2 has an answer 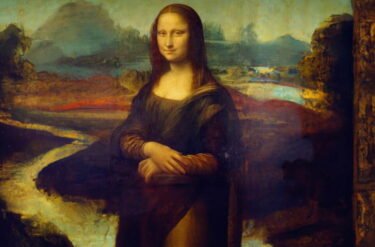 Google is also reportedly planning numerous AI cloud tools for software developers, including for image generation, to strengthen its cloud division. The “MakerSuite” is supposed to make it easier for developers to program AI prototypes for the internet browser. Colab and Android Studio are supposed to be able to generate, complete and repair code.

With PaLM-Coder 2 Google has also a Code model planned. It is designed to generate and complete code and seems to be based on Google’s big language model PaLM, similar to how OpenAI’s Codex is derived from GPT-3.

“We continue to test our A.I. technology internally to make sure it’s helpful and safe, and we look forward to sharing more experiences externally soon,” Google spokeswoman Lily Lin told the NYT in response to a query.

However, this does not apply to the chatbot search planned for this year: Here, Google attaches particular importance to ensuring that the bot outputs correct information and is secure – a frequent point of criticism of ChatGPT. Google is supposed to block certain words, for example, to avoid hate speech. However, this bar is to be lowered for upcoming Google products.

The extra caution around chatbot search is also due to political concerns. Google’s leadership, according to the New York Times, expects “increased pressure on A.l. regulatory efforts because of rising concerns about misinformation, harmful content, bias, copyright.”