Researchers at Meta present MCC, a method that can reconstruct a 3D model from a single image. The company sees applications in VR/AR and robotics.

AI models that rely on architectures like Transformers and massive amounts of training data have produced impressive language models like OpenAI’s GPT-3 or, most recently, ChatGPT.

The prerequisites are domain-independent architectures such as transformers that can process different modalities, as well as self-supervised training with a large corpus of unlabeled data.

Those architectures, in combination with large-scale, category-independent learning, have been applied in fields outside language processing, such as image synthesis or image recognition.

The researchers see MCC as an important step towards a generalist AI model for 3D reconstruction with applications in robotics or AR/VR, where a better understanding of 3D spaces and objects or their visual reconstruction opens up numerous possibilities.

While other approaches like NeRFs require multiple images, or train their models with 3D CAD models or other hard-to-obtain and therefore non-scalable data, Meta relies on reconstructing 3D points from RGB-D images. 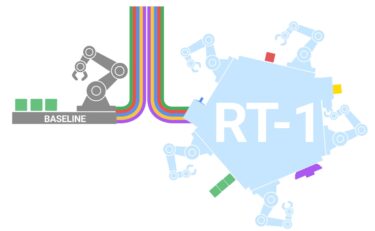 To demonstrate the advantages of the approach, the researchers are training MCC with images and videos with depth information from different datasets, showing objects or entire scenes from numerous angles.

During training, the model is deprived of some available views of each scene or object which are used as a learning signal. The approach is similar to the training of language or image models, where parts of the data are often masked as well.

Meta’s AI model shows in tests that it works and outperforms other approaches. The team also says MCC can handle categories of objects or entire scenes it hasn’t seen before.

We present MCC, a general-purpose 3D reconstruction model that works for both objects and scenes. We show generalization to challenging settings, including in the-wild captures and AI-generated images of imagined objects.

Our results show that a simple point-based method coupled with category-agnostic large-scale training is effective. We hope this is a step towards building a general vision system for 3D understanding.

The quality of the reconstructions is still far from human understanding. However, with the relatively easy possible scaling of MCC, the approach could quickly improve.

A multimodal variant that enables text-driven synthesis of 3D objects, for example, could be only a matter of time. OpenAI is pursuing similar approaches with Point-E.

Numerous examples including 3D models are available on the MCC project page. The code is available on Github.